This will be the first article in my series on network administration and programming. Prior to this I have mainly written on the subjects of management and sociology. Technical walkthroughs and tutorials require a different kind of writing as they deliver very specialized, somewhat transient content. In the...

In one possible future, books will be written, and courses will be taught, all trying to intellectualize how it was at all possible for reasonable people to be so beguiled and betrayed by their own emotions as to run any business in the backwards format that we consider normal today.

A Tale of Two Scrums

So, which one is the real Scrum? Where do we go looking for the Scrum that we want to find? Is it Scrum.org, Scrum Alliance? Perhaps the volumes of the SBOK(tm) Guide contain the recipe for the "right" Scrum?

Or, maybe the question is stated incorrectly: it's not Scrum, per se, that we want. We...

The Transformative Function of a Blog 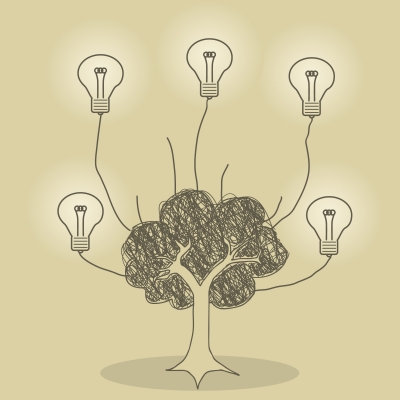 The first post in the blog, and it's recursive - this post is about itself and the phenomenon of blogging. The set of activities that comprise maintaining a blog could be quite beneficial - from mental discipline to public speaking to maintaining and improving one's writing skills, it may be an important yet overlooked tool.

There are two more, somewhat utilitarian and obvious reasons for having a blog, and that is to share discoveries and insights about this world, and to function as an online portfolio, a business card, a straightforward way for an interested party to see what type of discourse they should expect from this writer.

Maintaining a blog is akin to operating a communications mechanism, the type that lets practically anyone of the billions of people with as little as a smartphone to express themselves, and potentially to be heard. It appears as if, reified by the universal accessibility of this medium, over the past two decades our species has grown a new communications appendage, and is now figuring out what to do with it. So, how do I use this new appendage for my own benefit?

With a tacitly guaranteed audience, by way of a form of A/B testing, it is possible to learn invaluable details about oneself, and her/his place in relation to others. Further, by strategically and deliberately making specially crafted statements in front of the largest audience possible, we force ourselves, even if only subconsciously, to defend our points elsewhere in our daily lives. To avoid dissonance we align our ways of thinking so as to make them consistent with our public announcements. A directed way of using this phenomenon gives us a tool to produce a more specific, more meaningful experience of possessing a self.

A communications platform such as the blog, combined with the practically universal access and exposure to the Internet may have given us a tool to adjust parts of ourselves that we aren't happy about.

During the Korean War, thousands of American POWs were shipped off to prisoner camps in the Communist China. These soldiers, trained to only give out their name, rank and number, after a stay at one of these camps, were not only writing prolific anti-American texts voluntarily, they quite honestly wanted to stay in China.

Psychologists later discovered the simple technique the Chinese employed - they had the prisoners write down short benign statements about things that "aren't perfect" in America. The statements were expanded into essays that were read out through the loudspeakers. In the instinctive attempt to maintain positive self-image, the prisoners developed biases that would allow them to selectively perceive the circumstances in the way that justified and validated their actions. In a manner of speaking,...

Are we emotionally prepared to cure old age?

As the discussion of scientific and technological breakthroughs in medicine is becoming more mainstream, so is the criticism of life extension research. As our understanding of biological life is developing, and as our tools and methods become more precise in manipulating living organisms, we are touching on something that already has a reference in the popular mind, and it is not always positive.

It is a common motif in religious texts and classical literature to regard immortality as a curse, something to be avoided. The ideological reason behind this is known - taking away an individual’s control over his death infringes on the very core of the principles of self-determination and responsibility for one’s actions. Denying one's right to end their life crosses into the realm of a person's identity where the most private decisions are made, and takes that autonomy away. From this perspective, when combined with invulnerability i.e. inability to be hurt, immortality trivializes our choices, and we recognize it as eternal confinement rather than life. By guaranteeing continuous survival such curse usurps the purpose of life and devalues the life itself. Removing the edge dilutes every moment: it makes mistakes less regrettable, triumphs less joyful, and choices less meaningful. Called “the God mode” in some computer games, immortality lowers the stakes, removes the challenge, and makes the game boring. 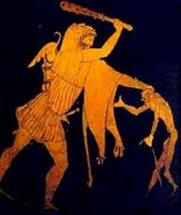 Heracles and Geras. Geras was the
spirit (daimon) of old age, one of
the malevolent spirits spawned by the
goddess Nyx (Night).

Although poetic and inspiring, to gain some perspective, this invulnerability/immortality curse is an abstract thought experiment, not anything realistic. It presumes an external force that takes away one’s ability to make personal decisions, and that is where we see the moral problem. The scenario that this thought experiment highlights is not limited to hypothetical immortals - every individual, by definition, has to draw and maintain that line dividing the private, personal self that we are in control of, and the realm of the will of others. Although ending one’s life is the ultimate personal decision reserved for that private core, we regularly perform all sorts of lesser actions to continue existing as distinct individuals and to maintain sovereignty over our perceived self. Ability to make decisions to alter one’s self is the essence of free will, loss of which the religious thinkers wanted to warn us about. It should be noted that immortality is the promise of most...

This is part 2 of the article on Agile transformation. This article was written back in the summer of 2014, and then it was misplaced and forgotten for four years. Lots of things changed in the last four years, and I know I would have written this differently now. Besides missing a proper intro, there were tons of thoughts and ideas that didn't make it into this text for reasons of time. 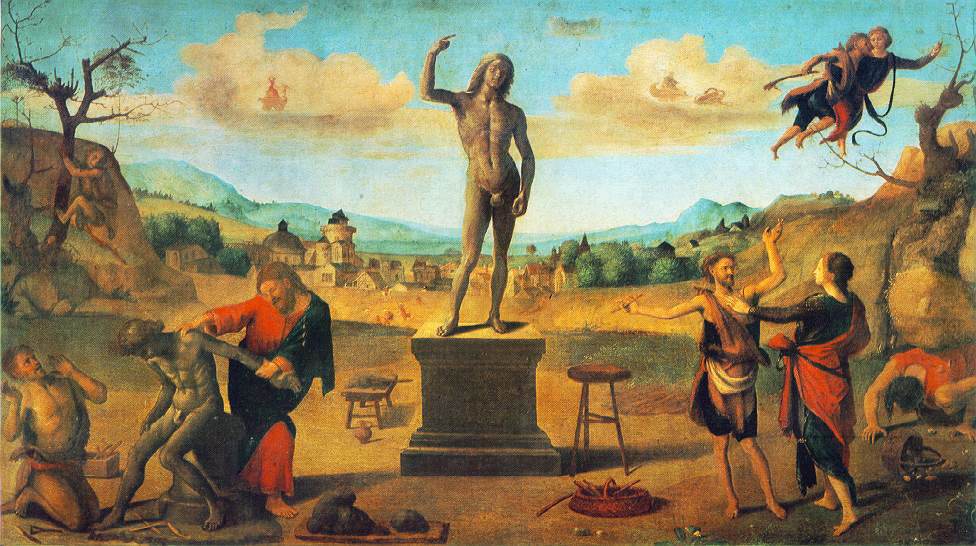 One might say that these are the realities of life such as bad weather or the flu - we have no choice but to accept some inconvenience at work, that's why the pay is sometimes called "compensation". While accepting things we can't change, and focusing on the ones we can is a wise advice, not all work environments are immature and bad for your health. Companies with happy, passionate employees produce better results, are more competitive, and will endure for longer. The immature conception of social organization and the expectation of an oppressive climate, however, is the contaminant spread by the employees, majority of whom simply cannot imagine anything different. Companies where these destructive anti-patterns are perpetuated by the leaders and the employees alike usually have a high turnover rate, serving as thought-virus factories that release "infected" employees back into the labour market at a much higher rate than the better run companies that manage to keep their workers. It is important to point out that when starting on a new job, we always hope for a healthy climate, and would tend to the ecology of our work environment if we knew what that was.

Here is one way this may come to be. As a startup grows, various challenges may force those in charge to make sacrifices. Having invested much emotion, feeling the weight of responsibility, and expecting to be compensated, the people in leadership positions may start identifying with the business, blurring the distinction between their personal values and wants, and those of the organization. The affairs of the organization become personal issues, and suddenly internal company politics is decided on the basis of the leadership's current emotional condition. Efficiency and profitability are second to the emotional congruity of those in charge and, in denial, the organization starts developing anti-patterns be it technical debt or micromanagement or escalation of commitment or any one of the many such afflictions that cripple organizations.

It would appear that the almost literal cure to this handicap is to approach business...